Although spending the last 17 years in Wales, Ian is a born and bred Hibernian Leither. When you were born Ian,  Hibs won the Southern League Cup 1943–44 , a forerunner of the Scottish League Cup that was played during the Second World War. Hibs won the Cup up by defeating Rangers 6–5 on corner kicks in the final, which had ended in a goalless draw.

You also had the privilege to have seen and met the greatest Hibernian ever. 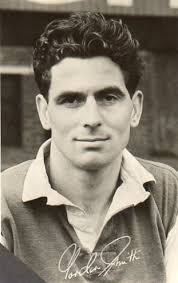 It was great to have met you and your lovely lady in the  Hibs Club after the  day I wish not to remember. All the very best.